Learn the Art of Curling off the Screen with Andre Drummond

Learn the Art of Curling off the Screen with Andre Drummond 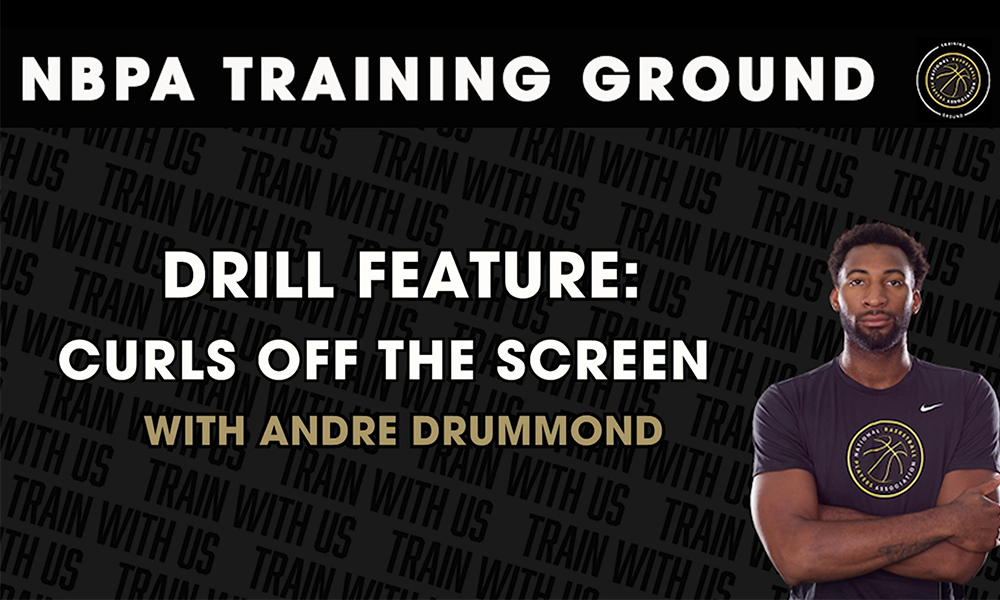 We all want to be good shooters when it matters most. Whether it’s working on your jump shot in the park with your friends, doing a shooting drill in practice, or picturing yourself taking the game-winning shot in the backyard, when it comes down to it, your footwork is what matters most.

In today’s game, shooting off the screen has become a vital tool when trying to get an open shot. On our NBPA Training Ground channel on the Famer App, Andre Drummond breaks down the technique to “Curls off the screen.”

The great part about this drill is that all you need is a chair to get it done (as Andre said, you can also use a friend as your screener). Before making your movement around the screen, you want to have a strong base. Having a strong base allows you to make sudden movements and react to the action on the court.

As you're curling around the screen, Andre tells us to focus on three key things in order to use the screen to its fullest potential:

Picture you're coming off of a screen standing tall with your hands down; next thing you know, you have 6'9" LeBron James still on your tail ready for one of his signature pin-down blocks. By staying low and keeping your hands ready for the ball, you'll be able to keep your defender distanced from you, and you'll be able to rise quickly and on balance for your shot.

As Andre shows in the video, he's able to rise up for a shot off the screen due to his low stance, and his feet squared off the wrap around the screen. This is crucial when wanting to shoot off the screen without any dribbles as it'll give you enough power from your lower body to have an on-balance shot.

Here are options you have when coming off a screen:

We already discussed the option of catch and shoot off the screen, where you’re able to rise up over your defender for a jump shot. Now let’s look at the catch and dribble. If you’re not in a situation where you’re able to shoot the ball right after the catch, another option would be to attack the rim off the catch. The key here is to make sure you stay tight to the screen and wrap your inside leg around the screener so that your feet can be squared towards the rim. This will allow you to avoid traveling upon the catch and will give you the power to explode towards the rim in limited/productive dribbles.

Your next option is the catch and read which allows you to assess the situation and determine how you want to attack the defense. Rather than shooting right after the catch or attacking the hoop, the catch and read implies that you are still squaring your feet towards the rim after you’ve come around the screen, but this time you will land and stay where you are. By raising your head towards the rim and maintaining the solid position, you will be able to read what the defense is showing you while also having an advantage against your defender (remember they are distanced behind you because you used the screen correctly). This position will allow you read if Draymond Green is helping off his defender onto you, if Rudy Gobert is in the paint waiting for you to dribble towards his stifling wingspan, or if Kawhi Leonard has switched onto you making your best option a pass.

We all think about a screen as being on the ball handler at the top of the key, but in reality, one of the most useful movements on offense is coming off an off-ball screen correctly. It allows you to gain an advantage over your defender while putting yourself in a position to either score the ball or find the open teammate.

To continue mastering this move and many others, make sure to join the NBPA Training Ground for free on the Famer App.

There you can get weekly workouts sent directly to your phone led by pro players, such as Aaron Gordon and Andre Drummond, and professional skills trainers like Chris “Lethal Shooter” Matthews.