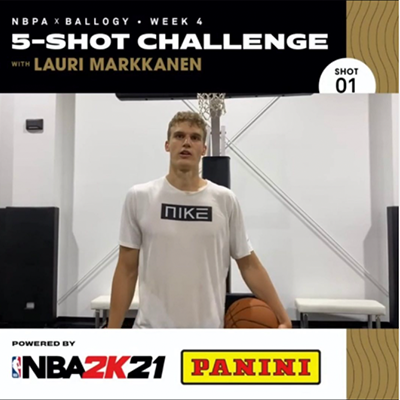 The second Union member to appear in the NBPA x Ballogy 5-Shot Challenge was one of the best young big men in the league: Lauri Markkanen. The former 7th overall pick in the 2017 draft averaged 14.7 points and 6.3 rebounds this year, as he continues to showcase his dynamic offensive arsenal on a nightly basis.

Markkanen’s unique skill set was showcased on the Ballogy app, as his combination of size and touch around the rim makes him capable of converting any trick shot. The big man started it off with a similar shot that J.J. Barea made during his week on the platform: a behind the basket shot. 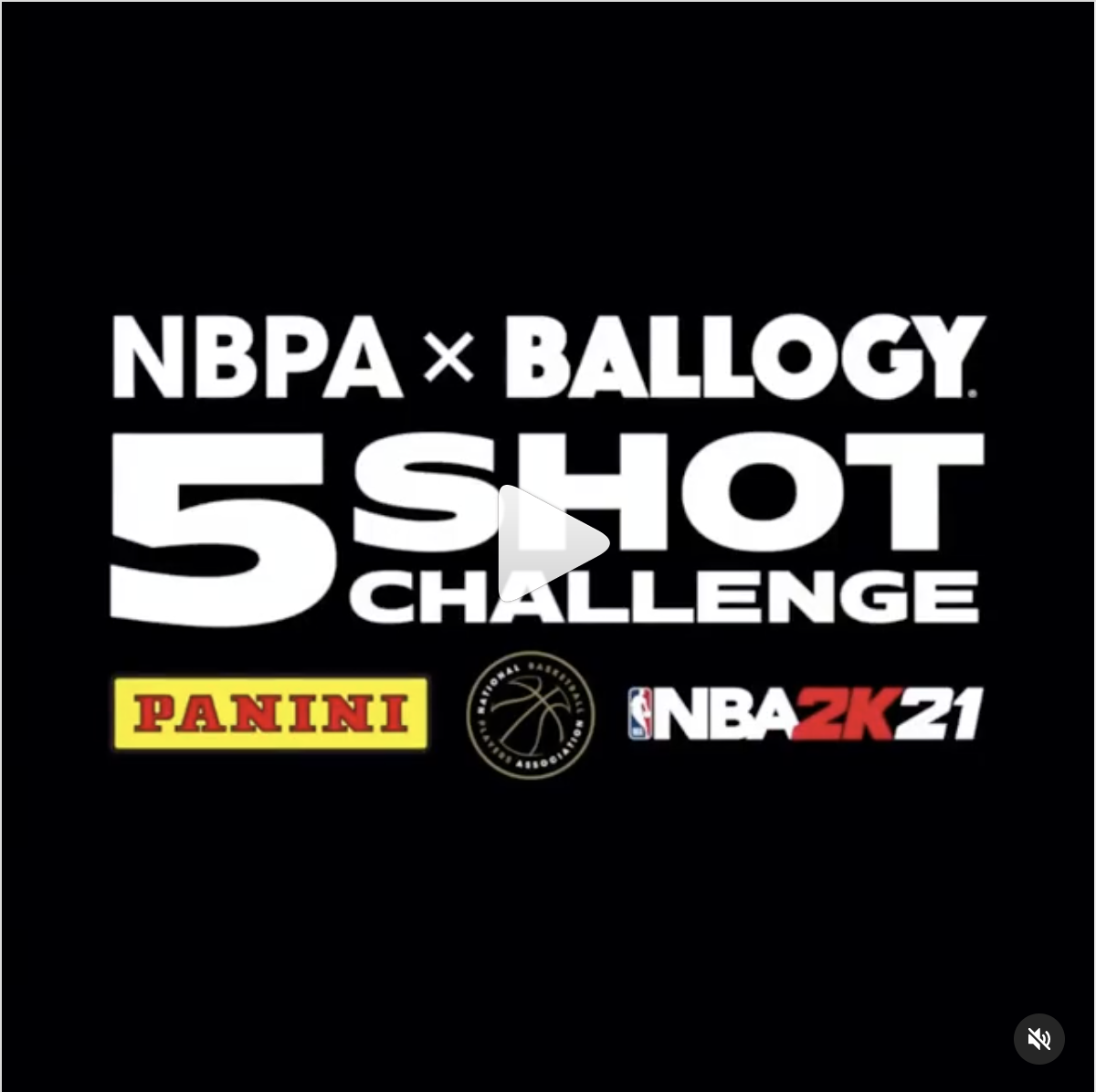 If we’ve learned anything during the NBPA x Ballogy 5-Shot Challenge thus far, we’ve learned that you need to be prepared to make some tough shots late in games, and the behind the backboard shot is a good way to practice making a difficult shot with a limited angle towards the rim.

Markkanen’s second shot took a new approach to make a free throw: rather than facing the rim, the 7’0” center turned his back towards the rim and used his soft shooting touch we mentioned earlier to hit an over-the-head free throw. Think you can make that shot too? Give it a try on the Ballogy App in the NBPA x Ballogy 5-Shot Challenge! 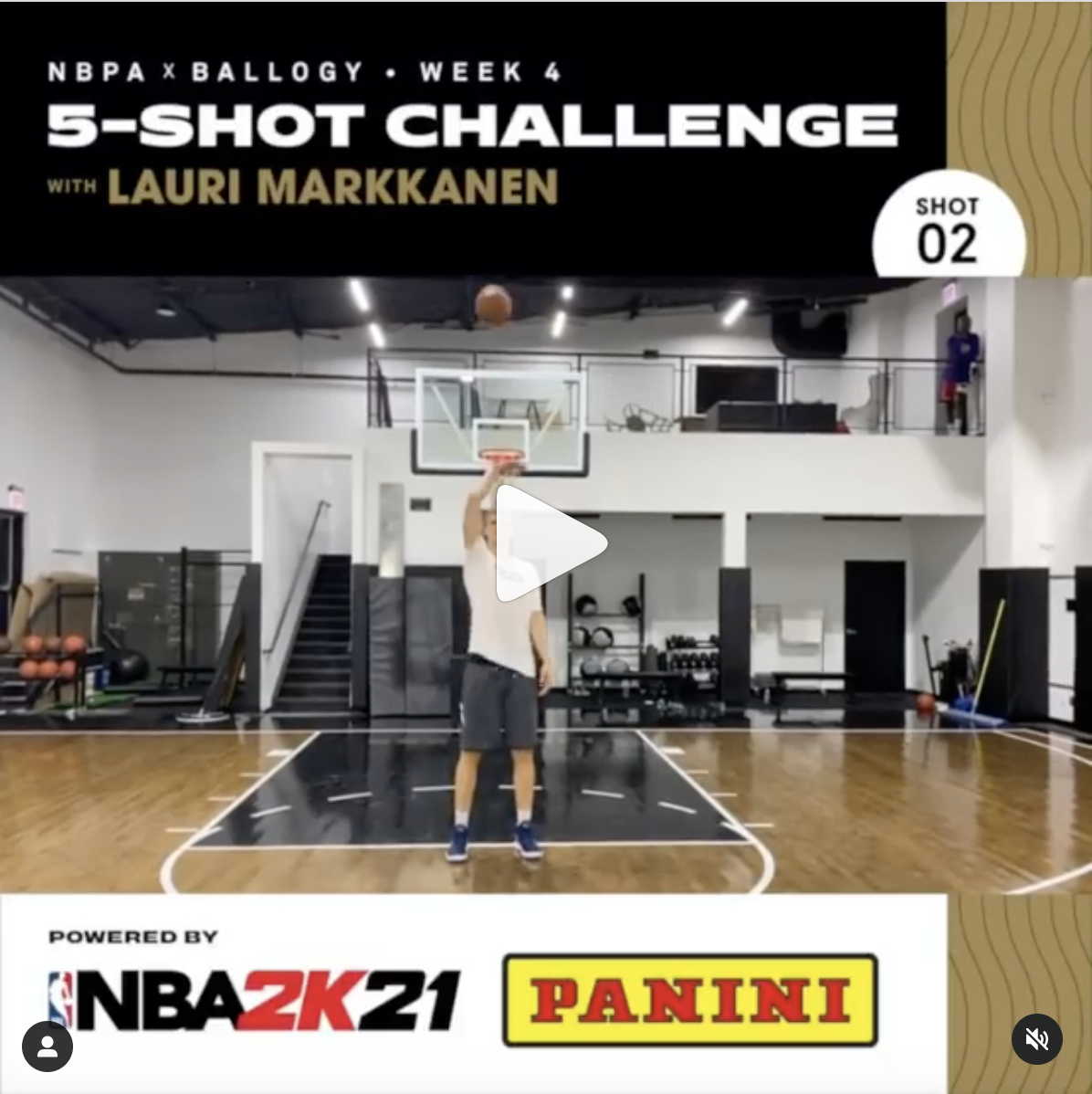 Basketball continues to trend towards versatile players that can do it all on both ends of the floor. Markkanen’s trick shots during the NBPA x Ballogy 5-Shot Challenge resemble that exact trend of size and versatility combined to make difficult shots when it matters most.

Want to work on becoming the next dynamic star that can attack their opponent all over the court? Download the Ballogy App and subscribe to the NBPA x Ballogy 5-Shot Challenge Group!