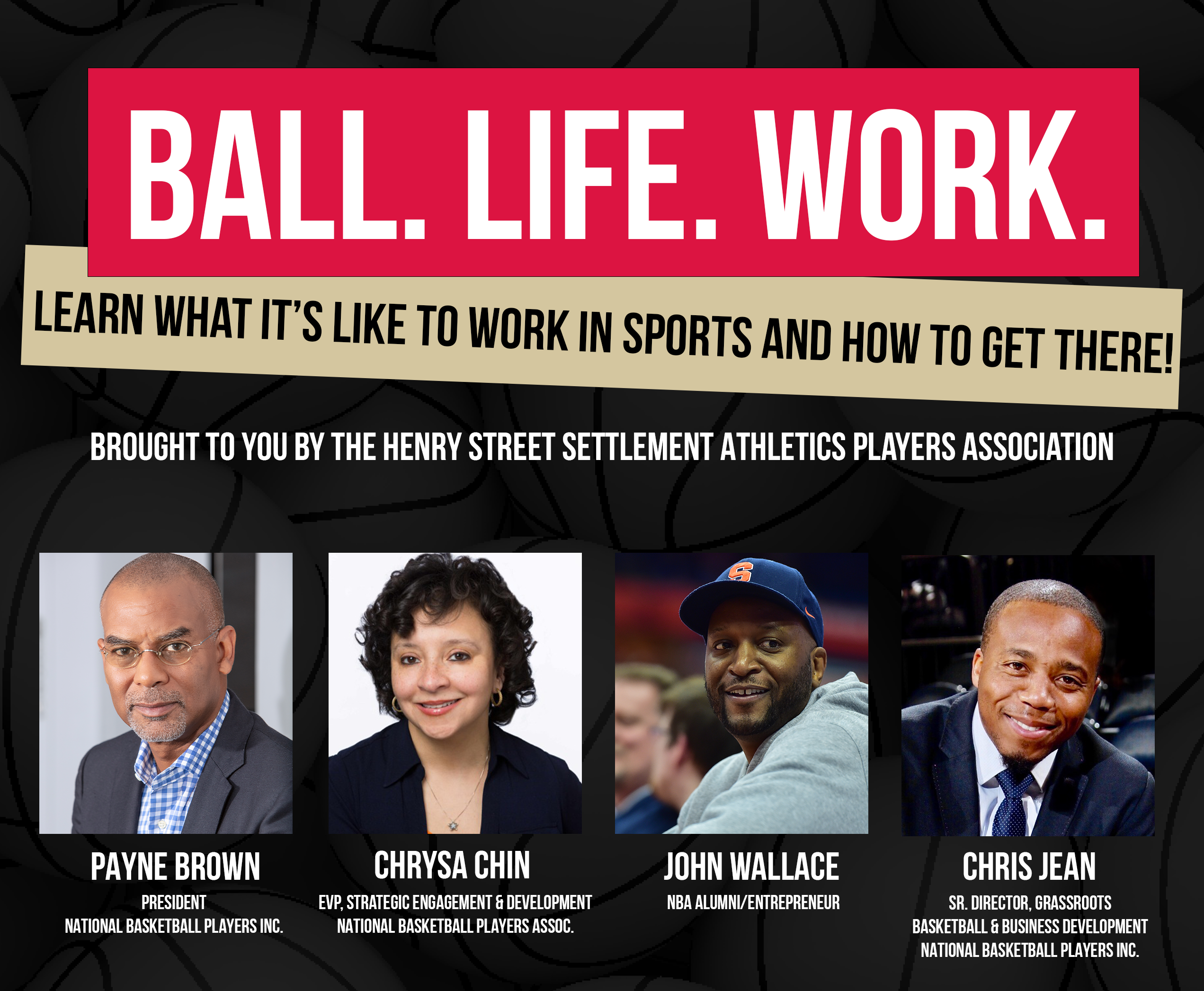 The THINK450/NBPA Grassroots team hosted a virtual roundtable discussion on February 4th with Henry Street Settlement that highlighted Ball, Life, and Work and focused on learning what it's like to work in sports and how to get there. Henry Street Settlement, founded in 1893 by social reform and public health nursing pioneer Lillian Wald, has been responding to local needs and combatting intergenerational poverty for 128 years and counting. The panel, moderated by Brian McCollam, Director of Education Services for Henry Street Settlement, consisted of four prominent figures in sports, including Payne Brown, President, THINK450; Chrysa Chin, EVP, NBPA Strategic Engagement & Development; John Wallace, NBA Alumn/Entrepreneur; and Chris Jean, Sr. Director, THINK450 Grassroots Basketball & Business Development.

Henry Street has 18 sites on New York City's Lower East Side and more than 50 holistic, inclusive, and community-informed programs, which serve 50,000 people each year through four program areas: Education & Employment, Health & Wellness, Transitional & Supportive Housing, and Visual & Performing Arts. The roundtable included 30 kids/young adults from Henry Street youth centers, including the Henry Street Settlement Athletics Players Association (HSSAPA), the program's Union modeled after the NBPA. The youth-led Union empowers young people to govern their leagues and influence future seasons' operations by collectively determining expectations and codes of conduct for league players. Being able to impact the next generation of sports leaders' lives who are just as passionate about the game as they are their very own Union made this a roundtable discussion that truly had meaning and purpose. The participants got to ask questions on camera to the esteemed panelists, which ranged from what their work ethic was like growing up, what advice you would give to your younger self, how training in the NBA differs to other levels, and more! The panelists' key takeaway was that while you shouldn't quit chasing your dreams, there are many job opportunities in the game of basketball outside of playing the game. The impact an off-the-court job can have is endless, as their role could impact players' lives for the better and benefit different communities.