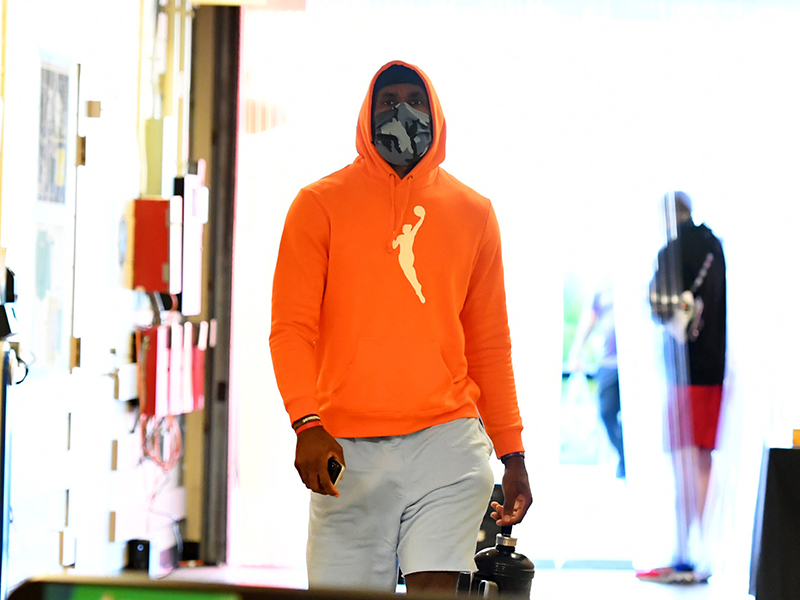 Fashion, style & the NBA have been long intertwined.

When they're not on the court, you can catch our NBPA members repping the biggest brands, sporting the latest trends, and showing their unique fashion styles.

From heavy leather to capri pants to matching sets - we've seen it all when it comes to player's pre-game fits.

The concrete runway, (otherwise known as pre-game when athletes are walking through an arena's tunnel) has become a prime-time moment for players to show off their sense of style.

While fashion is a form of self expression, it’s also an opportunity for players to champion things that are important to them.

If you've been keeping up with the players down in the bubble, you may have noticed one fashion trend: the orange WNBA hoodie.

Yes, the bright orange WNBA hoodie seen worn by Lebron James, Chris Paul, and Trae Young, among others, is quickly becoming a staple down in the bubble.

In addition to enhancing their pre-game fits down in the bubble, the hoodie has been a way to show support for the  WNBA, and its 144 members.

In its 24th season, the WNBA has long been underappreciated, yet makes up some of the most talented and multifaceted women on the planet.

Separated by just 100 miles, players in the bubble have been showing their love for their talented WNBA counterparts in the "wubble," otherwise known as IMG Academy in Bradenton, Florida, where the WNBA season is taking place.

Players from all over the league have been repping the bright orange hoodie and showing love through social media.

And not for nothing, the hype is real. These women are ultra-talented, and it's fun to watch!

Since the start of the four-game opening weekend, viewership is up 63 percent from the 2019 season, which has led ESPN to double down on coverage, adding 13 more televised bubble games (YahooSports).

And the hoodie? Thanks to our member's help, the new staple item is the hottest selling WNBA item ever for Fanatics, according to a report in GQ.

Watch the games, and you won't regret it.