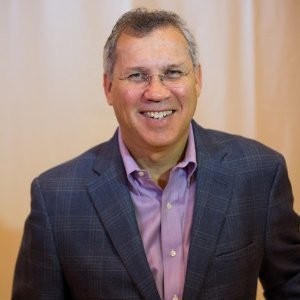 Ron Klempner has been named General Counsel of the NBPA. In this role, Klempner is responsible for protecting, representing, and maximizing players’ rights and interests, both on and off the court. His priorities include negotiating the Collective Bargaining Agreement, formulating policies, resolving disputes, and advising the Executive Committee on matters that impact the players.

Klempner has worked as a lawyer at the NBPA since 1993, serving as the acting Executive Director in 2013-2014 and most recently as Senior Counsel, Collective Bargaining. Klempner has championed the rights of NBA players through six rounds of collective bargaining, including through three lockouts and the 2020 season restart, and has been at the table with WNBA players for every labor negotiation since the inception of the league. In his nearly three decades with the union, Klempner has administered the salary cap, revenue sharing, and free agency systems on behalf of the players and represented NBA and WNBA players in contract and discipline grievances.

Klempner attended Binghamton University and received a Bachelor of Arts in Literature and Rhetoric, and went on to receive his J.D. from Hofstra Law School. Klempner previously served as a law clerk to the Second Circuit United States Court of Appeals and as a litigation associate at the firm of Weil, Gotshal & Manges. 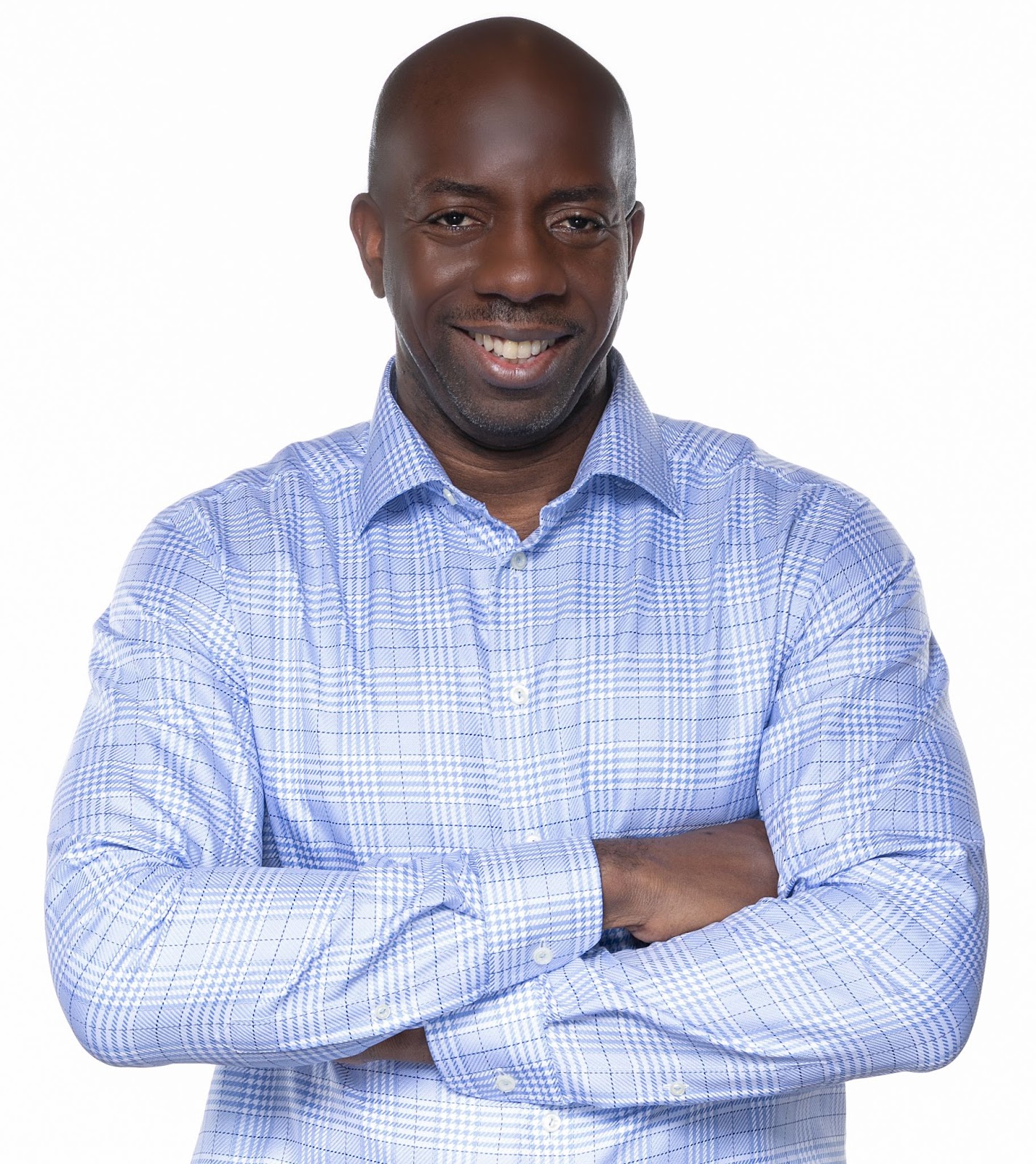 Clarence Nesbitt has been named as the Chief Legal Officer and Corporate Secretary of THINK450, the business, innovation, and partnership engine of the NBPA. In this newly elevated role, Nesbitt will serve as the principal legal advisor across THINK450’s business units, working to propel the organization’s next stage of growth by amplifying the value of the collective players’ rights, expanding commercial opportunities, and securing innovative deals in the business of basketball among other responsibilities.

Since 2018, Nesbitt has served as the NBPA’s General Counsel where he led the legal and government affairs functions of the union, negotiated modifications to the collective bargaining agreement associated with the coronavirus pandemic, and led the successful voluntary recognition campaign to unionize the NBA G League players (the  NextGen Basketball Players Association). Nesbitt will be rejoining THINK450 where he was the General Counsel from 2017 to 2018. Prior to THINK450, Nesbitt worked at Nike for over nine (9) years, most recently as the Director of Global Brand Business Affairs. 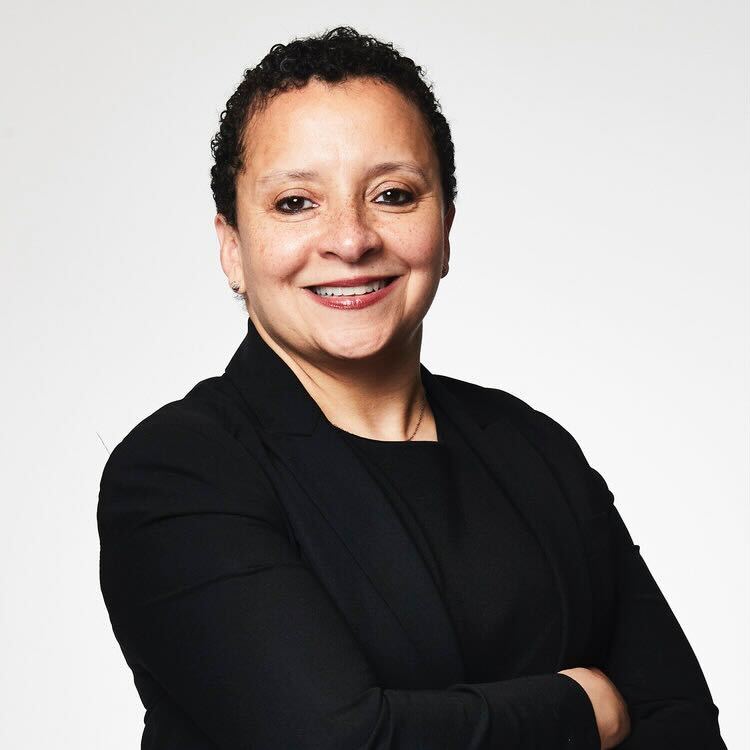 Chrysa Chin has been named as the NBPA’s first-ever Chief Player Engagement Officer. Under her leadership in this new role, Chin will be responsible for delivering a powerful set of player-centric services that provide players with the best resources and solutions to protect their physical and mental well-being, develop their careers, and maximize their success on and off the court.

Chin has more than 30 years of experience in sports and entertainment, focused on developing and managing relationships to influence behavior and outcomes. In her previously held role as EVP, Strategic Engagement & Development, Chin was charged with creating processes to identify, preempt, and provide player counseling and support in connection with challenges and disruptions faced by members. She led crisis management initiatives which included oversight of the Anti-Drug Program, and partnered to provide strategic solutions for resolving on and off-court issues. In addition, Chin served as the primary liaison with draft prospects, elite youth, and rookies.

Prior to her 2014 return to the NBPA, Chin was the NBA’s Vice President of Player Development. She oversaw the department’s player interaction, including at-risk player management, spearheaded its “20 and Under” program, and served as a League representative in the NBA/NBPA Anti-Drug program. In her early years, Ms.Chin served as the Special Assistant to the Executive Director of the NBPA, later departing to consult for Nike, Inc. She has also played an active role within the NBA/NBPA Rookie Transition Program, USA Basketball, and the WNBA among others.

Chin attended Hobart and Williams Smith Colleges and received a Bachelor of Arts in International Relations. She is the proud mother of Joel Garcia. 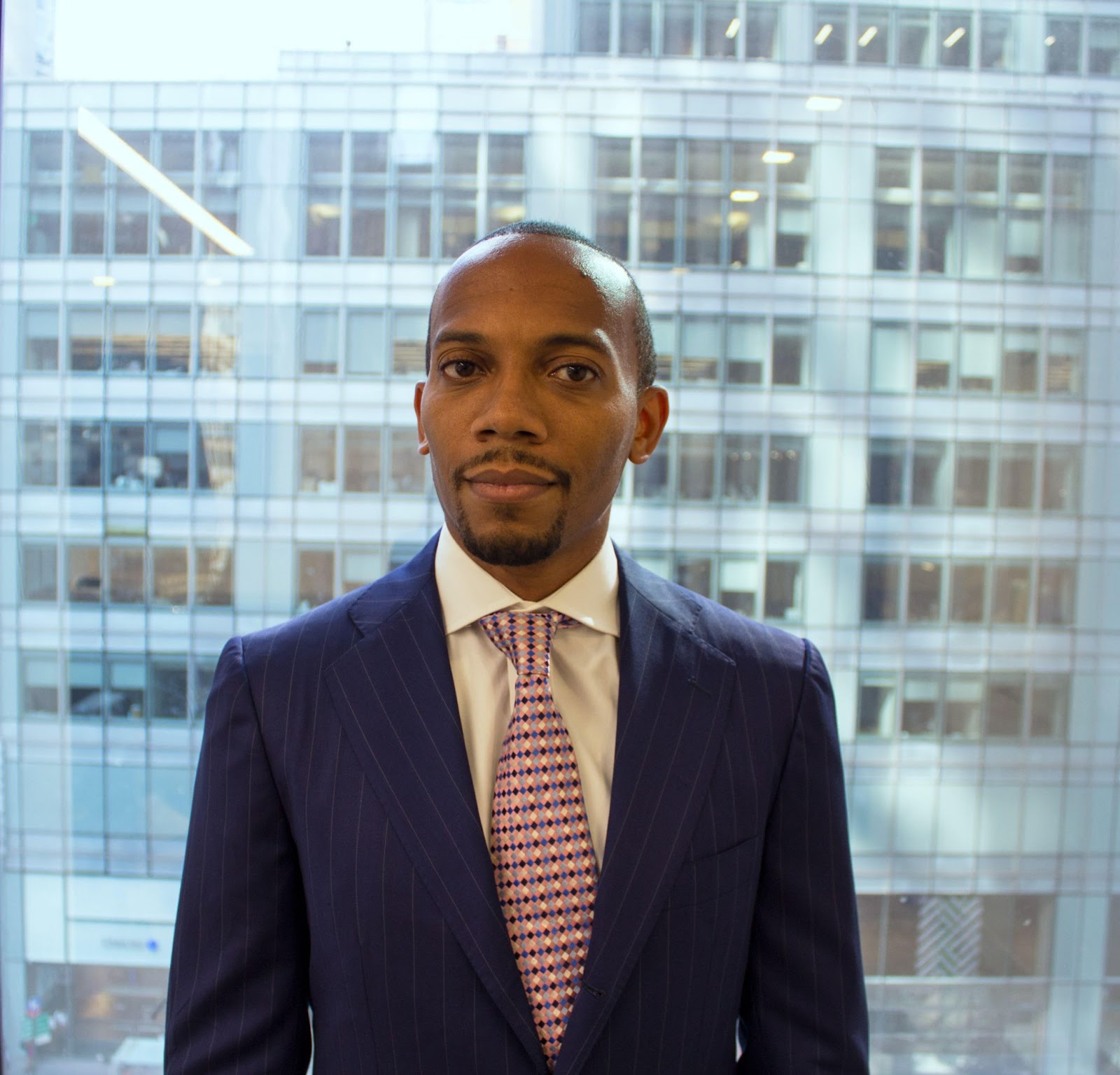 Moving into an elevated role, David Foster will serve as the NBPA's Deputy General Counsel with the added responsibility of helping create and implement long-term strategic business plans designed to drive growth for the union. Foster will work alongside the General Counsel on all issues related to collective bargaining and agent regulations and will continue to serve as the NBPA's lead attorney on matters related to technology, public policy, player health, and discipline.

Foster joined the NBPA in 2015 after an 11-year career as a prosecutor at both the state and federal levels. Since joining the NBPA, Foster has testified before multiple government bodies on behalf of the union, defended player rights in grievance proceedings, and enforced the regulations that govern all NBPA certified agents. In addition to these responsibilities, Foster most recently served as the Interim Executive Director for the NextGen Basketball Players Association, the union for NBA G League players. Under Foster's leadership, the union’s members enjoyed increased wages and benefits as well as improved working conditions. Foster will also assist the NextGen Basketball Players Association in the search for a new Executive Director.

Foster graduated from Princeton University with a Bachelor of Arts in History and then went on to receive his J.D. from Fordham University School of Law. In 2019, Foster became the first person from the NBPA to earn a Sports Business Journal 40 under 40 award. 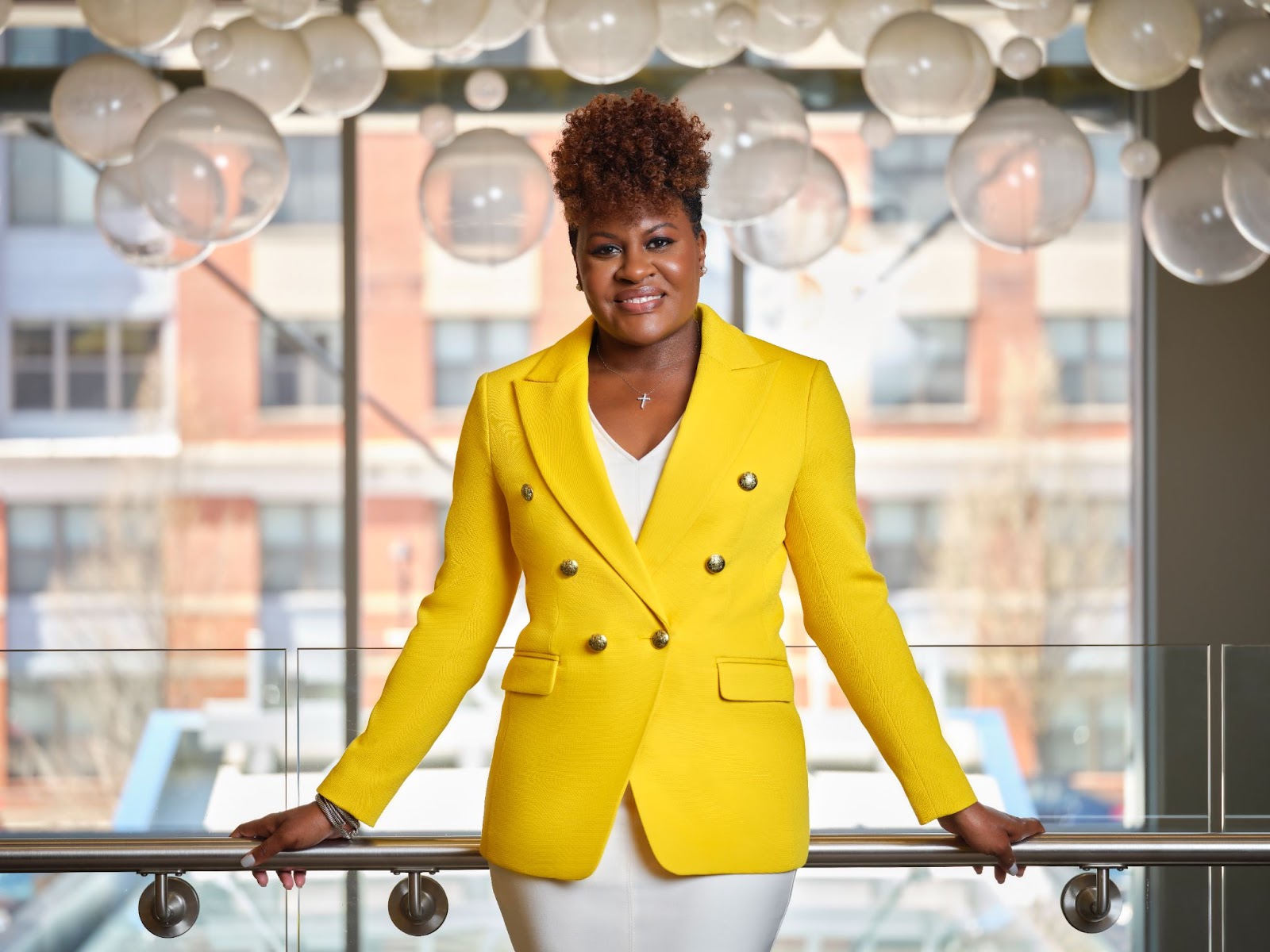 Danielle Marsh has been named as the NBPA’s Senior Director of Human Resources. Marsh is responsible for building a world-class, high-performing championship team that attracts, retains, and develops the most qualified and diverse talent, committed to delivering the mission, vision, values, and strategy of the NBPA.

Marsh brings more than 15 years of human resources expertise and experience, with a focus on the financial services and higher education sectors. Prior to joining the NBPA, Marsh worked at Walden University most recently serving as the Executive Director of Human Resources. In this position, Marsh led the delivery of organizational strategy, succession planning, organizational health, change management, and leadership development.

Marsh attended Monroe College and received a Bachelor of Business Administration.  She is the proud mother of two sons Floyd and Kedar Collier.

“It’s an honor to serve the incredible players of this league,” said Ron Klempner, General Counsel of the NBPA. “Tamika, CJ, and our players and staff have crafted a long and thoughtful agenda for the future, and I look forward to helping our union and its exceptional members reach even greater heights.”

“I’ve had the privilege of working at the NBPA over the last few years and it has been amazing to see the empowerment of these players as leaders both on and off the court,” said Clarence Nesbitt, Chief Legal Officer and Corporate Secretary of THINK450. “I’ve seen the growth of THINK450 first-hand and this is a great way for me to harness my commercial background to provide fresh and unique business opportunities for the collective group of players. THINK450 has made great strides since its establishment and I am excited to begin working with the players and everyone at THINK450 to strengthen this arm of the NBPA.”

“I’ve had the honor and privilege of working with our players for 30 years,” said Chrysa Chin, NBPA Chief Player Engagement Officer. “My career has been extremely rewarding and for that I am grateful. The opportunity to continue to make an even greater impact under our new leadership is humbling. I am looking forward to reimagining all that is possible for our players and our organization.”

“Tamika Tremaglio is the embodiment of leadership, hard work, and kindness, and I am thrilled to have the opportunity to work alongside her, our Executive Committee led by CJ McCollum, and our entire NBPA family,” said David Foster, Deputy General Counsel of the NBPA. “The opportunities for our players to become business titans and community leaders have never been greater and I am honored to be a part of this journey with them.”

“I am so grateful for this opportunity to contribute to the growth and success of everyone at the NBPA,” said Danielle Marsh, NBPA Senior Director of Human Resources. “I am excited about our commitment to nurturing an inclusive culture where everyone is valued, supported, and empowered to play to their strengths. I am delighted to join this Championship Team."

“Ron, Clarence, Chrysa, David, and Danielle have demonstrated a high level of expertise throughout their careers and I am very excited for all of them as they assume these important roles,” said Tamika Tremaglio, Executive Director of the NBPA. “We have been focused on putting together a high-performing championship team at the NBPA that optimizes our strengths and I am confident that we are elevating this union to better serve the players.”

The NBPA advocates on behalf of the best interests of all NBA players, including the negotiation of collective bargaining agreements, the filing of grievances on behalf of the players, or counseling players on benefits, educational and post-NBA career opportunities. Business opportunities are generated by THINK450, the for-profit subsidiary of the NBPA charged with managing the players’ group licensing rights.

Dedicated to preserving the legacy of its members, the NBPA Foundation provides support and assistance to persons, communities, and organizations around the world that seek to improve the lives of those in need.

THINK450 is the innovation and partnership engine of the NBPA, dedicated to uncovering shared interests between the 450 players and leading brands to build more engaging partnerships. Together with its partners, THINK450 creates original ideas that engage fans, stir them to action, and earn brands the right to participate in cultural conversations. For more information, visit THINK450.com.

Back to All News
Close